The business of the AGM included the usual reports from the officers.

Elections for the committee took place en bloc because the only candidates were the existing committee members.  The new committee is: 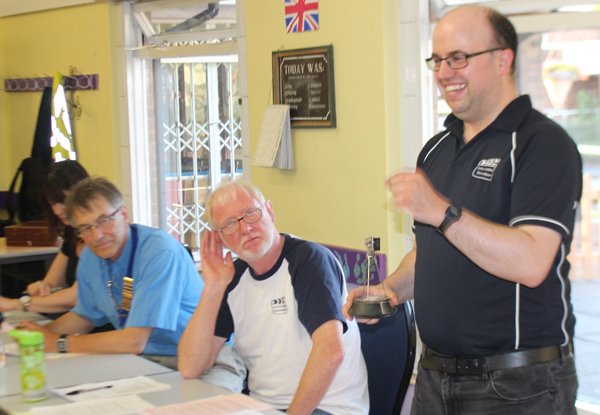 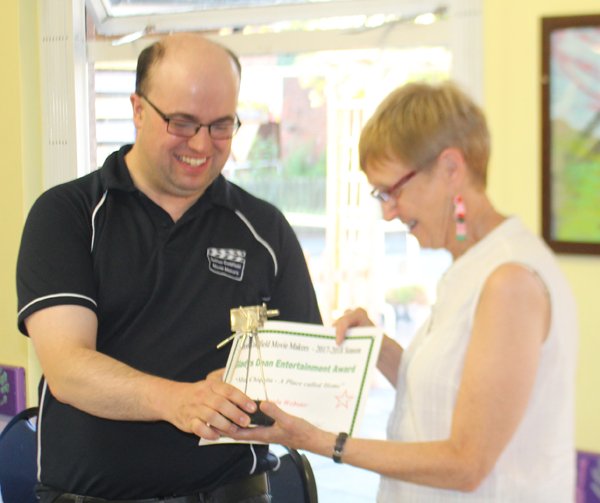 Tim Easton announced that the winner of the Entertainment Award was Paula Webster for her film Mar Chiquita – A Place Called Home. 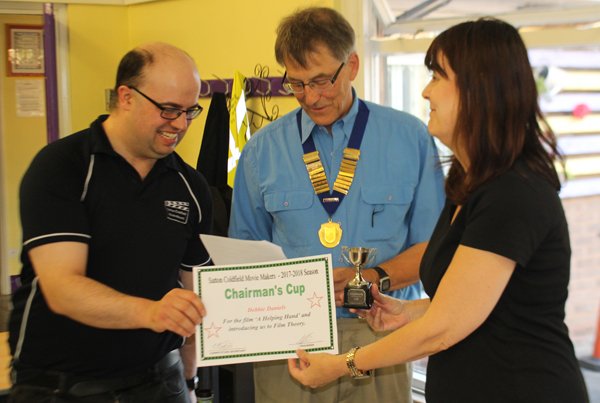 Gordon Hunt awarded the Chairman’s Cup to Debbie Daniels for her film A Helping Hand and for introducing us to Film Theory. 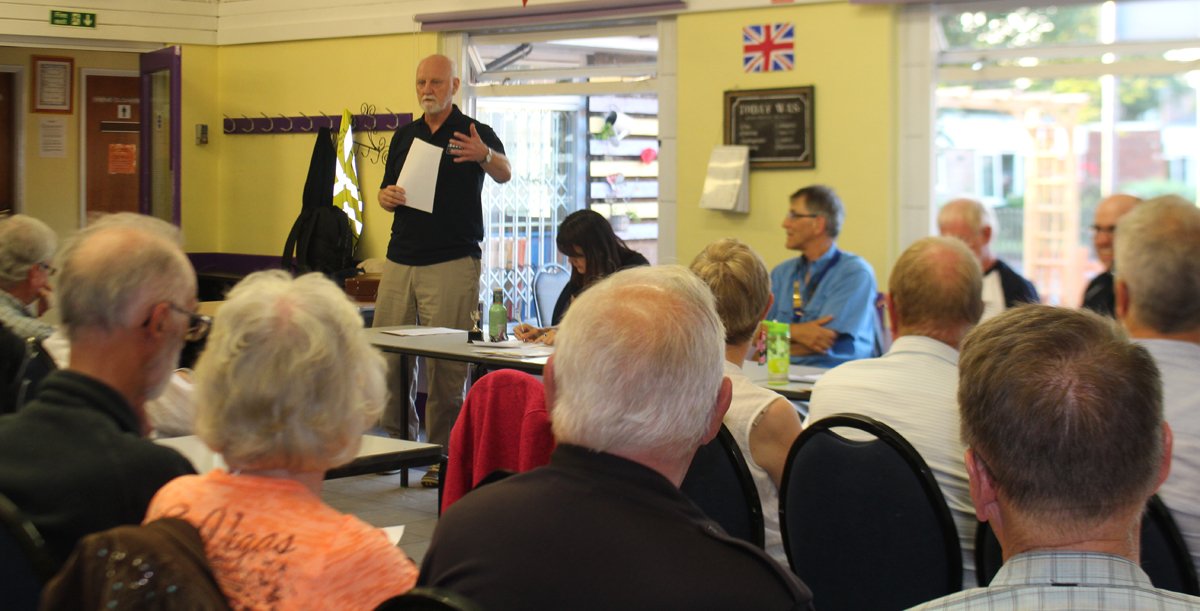 After the break we watched films.  These included the edits of 5 films made at our practical evening on 26th April, three films from the Pub Signs project which was introduced by Ann and Arthur Fletcher and Mike Duxbury at the beginning of the season, The Making of “A Helping Hand” and Ninja Attack by Debbie Daniels, Andy Wills’ film about a Clubs Fair that we attended and Paula Webster’s film Carretera Austral. 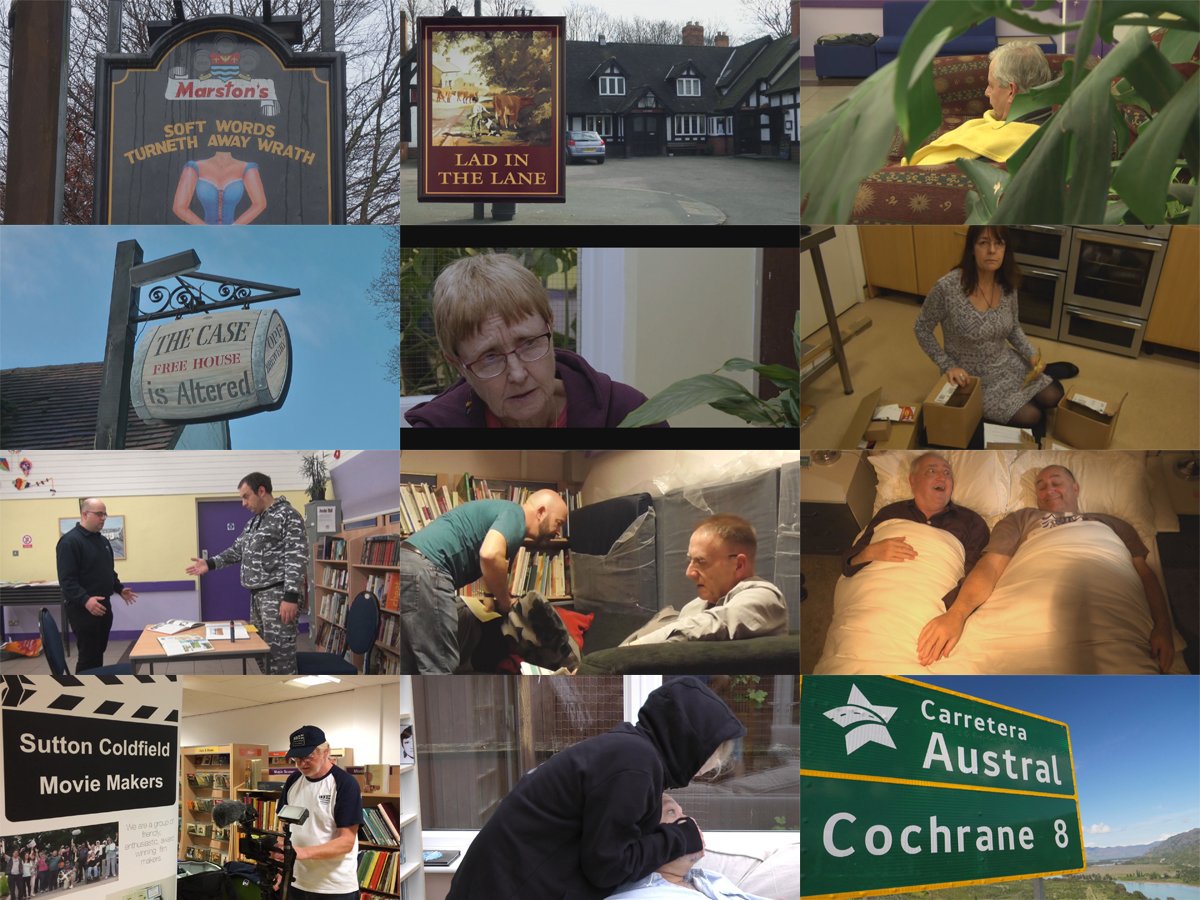 It is remarkable that 33 club members were in some way involved in at least one of the films shown at the AGM.

This year we have screened over 80 new SCMM films at the club.  Some of these are big productions with many participants.  Some are fun films made on the spur of the moment.  Others are serious films made by individuals.  Some are the first film that that member has ever made.  They range in subject matter and genre from music videos to dramas to comedies and documentaries. They range in length from less than a minute to nearly 20 minutes.

As a club we can be proud of our achievements!