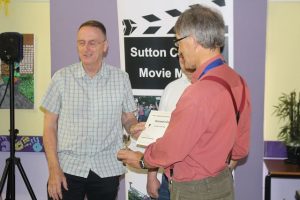 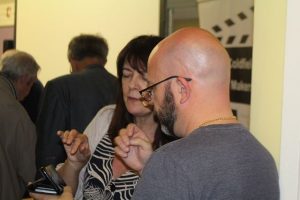 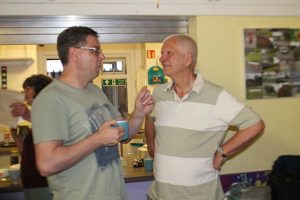 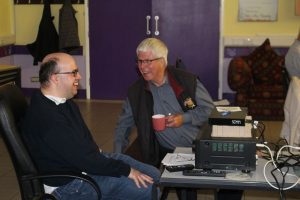 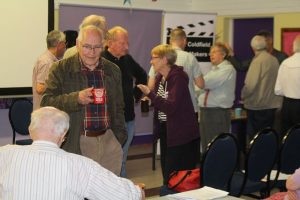 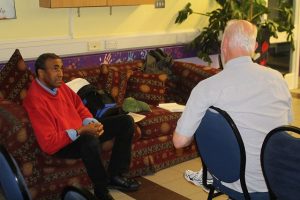 After reports were given by the various officers, the committee and chairman were elected.  As it happens there were no new nominations and all existing members were willing to stand for re-election.  So the new committee is:
Gordon Hunt (Chairman),
Debbie Daniels (Secretary),
Andy Wills (Treasurer),
Tim Easton (Internal Competitions Secretary),
Jill Lampert (Membership and External Competitions secretary),
Doug Hemmings,
Julian Austwick,
Roger Lawrie.

After the business, certificates were presented, and two trophies:

The Chairman’s Cup to Jack Reid for his contribution to the Club.

And finally, we watched films: Two of the Adverts from the practical evening, the trailer for Bella.   Brian Smith’s Round the Block in the Austin 7, Julian’s one minute film of his daughters talking about SCMM, Andy’s SCMM promo, Jack Reid’s Mayem, Two Midsummer Madness films, both called Modern Life and Julian’s The Wand.