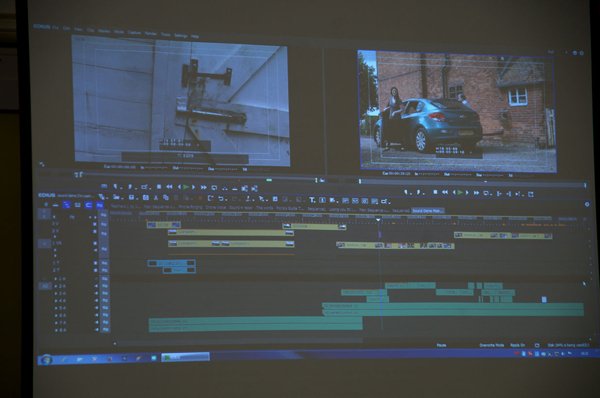 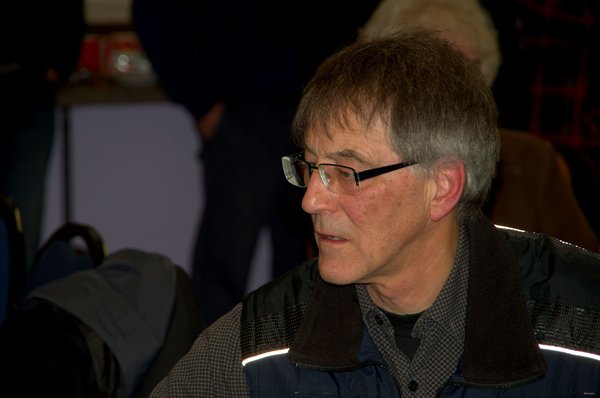 Gordon Hunt took us through a scene from the film I'm Losing You which he directed and edited.  It was shot on a farm near a road.  The sync sound was unusable because of the traffic noise and so Gordon had to build the soundscape from scratch.  He re-recorded the dialogue.  He used birdsong to give an indication of the outdoors.  He created his own foley sounds for footsteps, the gate and removing luggage from a car. 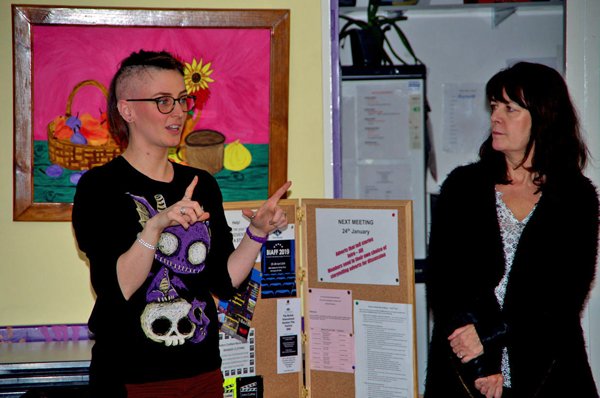 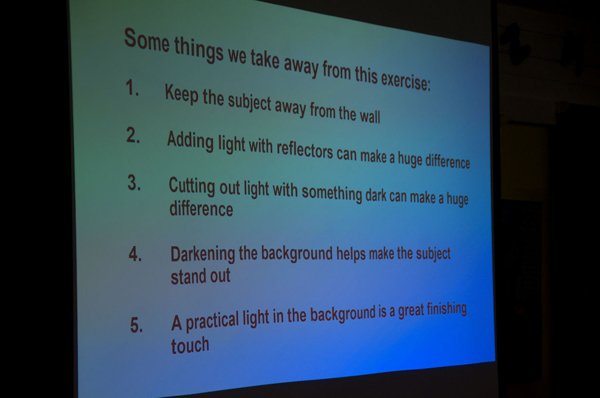 Debbie Daniels and Fiona Dunn showed us the results of lighting experiments they’d carried out with Jill Lampert.  The aim was to see what could be done with natural light and easily available lighting such as ordinary household lamps. 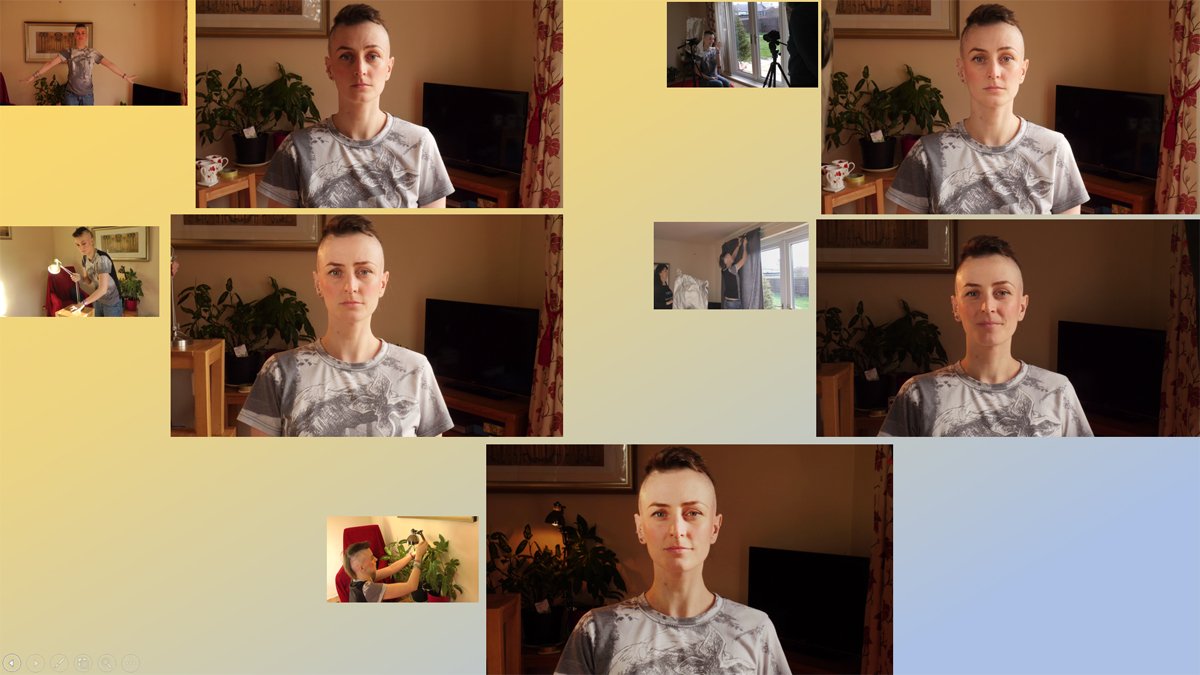 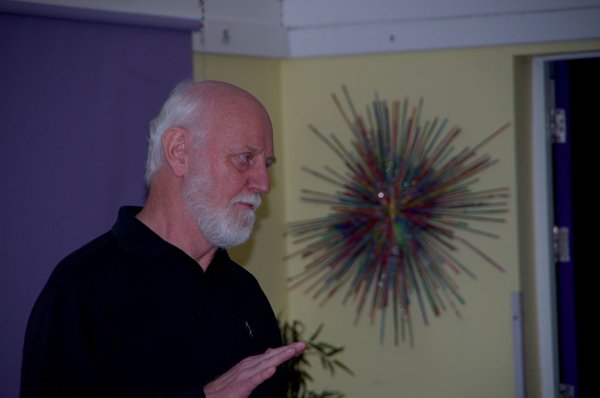 Doug began with an advertisement designed to stop pirating of films.  It was in a very wobbly/jerky fast cut style.  We discussed the aim of this.  Then he showed us a clip from one of the Bourne trilogy films where there was a constantly moving camera creating an edgy feel.  And finally he showed us a calm holiday advertisement film the camera firmly on a tripod. This created the serene atmosphere which no doubt the advertisers wished to convey.

The third part of the evening was presented by Doug Hemmings who’s subject was Unusual Camera Angles.  He showed us interesting examples for discussion.  All three of Doug’s examples included many interesting and unusual camera angles.